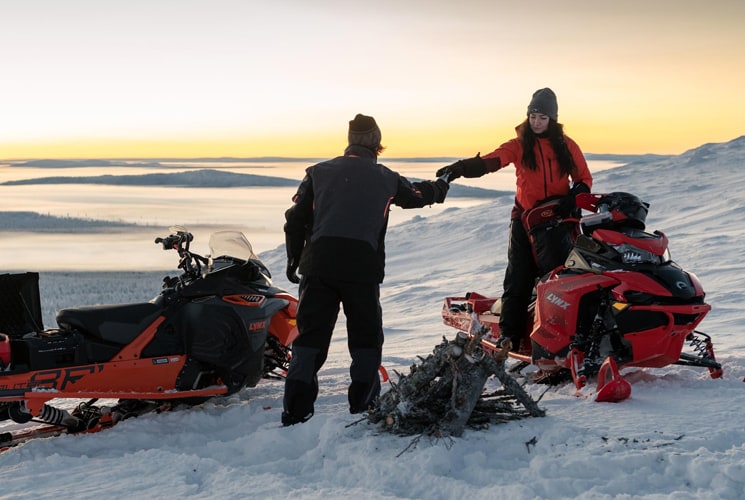 The story of Lynx begins in the year 1967 in Kurikka, Finland. When the first sketches of a new kind of snowmobile were made and the first sleds were manufactured, little did they know that a new icon was born.

The birth of the European sports snowmobile.

Revolutionary products have always been at the core of Lynx. This period saw the first wave of innovation. Due to Lynx’s success on the race tracks, more and more people got interested in riding snowmobiles in their spare time. New innovative models were created and common people were finally given the chance to experience the freedom and joy that riding a snowmobile can offer.

Insightful and ambitious professionals and snowmobile enthusiasts have helped Lynx to grow during the years. The growth of Lynx runs on many levels during this time period. There are of course, the growing number of victories on race tracks and the amount of snowmobiles manufactured. But when talking about growth, Lynx has always kept the coming generations in mind.

Discover the selection of Lynx snowmobiles available at TG Powersports. Need help figuring out which model to choose? Contact our team of experts!